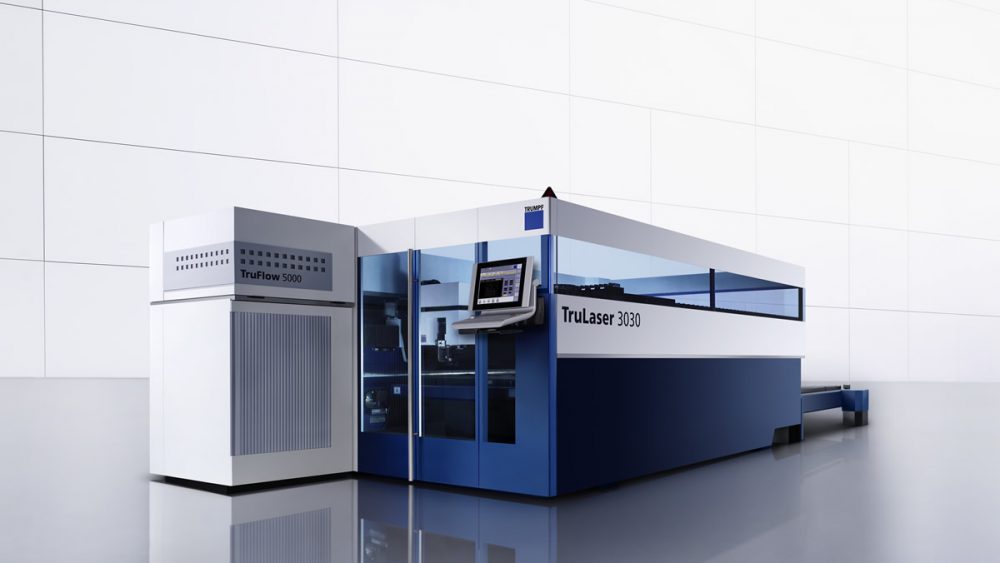 Ditzingen, Germany – TRUMPF has posted the largest revenue rise in its entire history. During the past fiscal year (ending June 30, 2011) the Ditzingen machine-tool producer saw an increase of 51 percent, with sales rising by 683 million Euros to 2.024 billion Euros. This was announced at the machine tool and laser specialist’s annual press conference by the company’s President and Chairwoman of the Managing Board Dr. Nicola Leibinger-Kammuller.

“Last year was one of TRUMPF’s most successful ever,” said the head of the family-owned company. “Within just one fiscal year, we’ve regained what we lost over the previous two.”

The gap between the record revenues before the recession and today is now as good as closed, she said. At 2.22 billion Euros, orders received have actually exceeded the record value so far. The pre-tax result amounts to 185.3 million Euros, after a still-negative result of -59 million Euros in the previous year.

“Following the major declines during the recession years, we now have strong growth in all the world’s regions, most particularly in China, but also in Germany and the American markets,” said Leibinger-Kammuller. She added that the high-tech company also owes this success to its role as a technological leader. “We have increased our outlay on research and development, already high as it is, by 22 percent. Only in this way can we offer our customers products that give them the competitive edge.”

TRUMPF plans to continue growing in the current fiscal year as well. “We’re expecting double-digit growth,” explains Leibinger-Kammuller. “However, there are also signs that because of the Euro crisis, growth will be far slower than last year. We’re optimistic, but keeping our eyes open at the same time.”

With the support provided by its highly productive machines and laser systems, she added, the Ditzingen company is well equipped for more insecure times. TRUMPF’s strong commitment in China is also contributing decisively to the company being able to make use of growth opportunities there: TRUMPF is currently in the process of doubling its production capacity in China, the world’s number one growth market, and the extension to the factory in Taicang near Shanghai is due to be opened in the spring of 2012.

“No-one can say today how the global economy will develop in the coming weeks and months,” said the head of TRUMPF, which now has 8,550 employees worldwide. “However we are convinced that high-growth markets will continue to exist in the future, and our presence there also benefits our locations in Germany.”

Leibinger-Kammuller also had a message for Europe’s politicians: “The Euro crisis and the Greece problem now have to be solved quickly, efficiently, and sustainably. Each week without any tangible result will only make markets more insecure.”